Hi All - this week we have a very limited repress of the soundtrack to ABDULLAH for folks who missed out on Record Store Day (only 150 pressed for our site!), as well as a reminder about the fantastic THE BAD BATCH release from late last week and few amazing distributed titles for you.

As usual, all new releases go on sale at NOON (CST) on Wednesday. We're excited to release a repress of the LP/DVD combo of ABDULLAH, a short film released by Ne'er Do Well Films, for Record Store Day 2017. Death Waltz Recording Co., in conjunction with Lakeshore Records, is proud to present the soundtrack to THE BAD BATCH, the sophomore film from Ana Lily Amirpour.

As with Amirpour's debut film, A GIRL WALKS HOME ALONE AT NIGHT, music is an essential ingredient throughout THE BAD BATCH and it more than lives up to its predecessor's killer soundtrack. This time lines of dialogue from the film are interspersed throughout the songs creating a truly immersive listening experience. The songs themselves run from bona fide pop bangers (Ace of Base and Culture Club), cutting edge techno/electro (Black Light Smoke and Path Du Prince), shimmering electronica (Darkside/Chilled By Nature), through to the classic spaghetti stylings of Death Waltz's own Federale.

The package is rounded out with die-cut artwork by Jay Shaw. He did such a killer job on the A GIRL WALKS HOME ALONE AT NIGHT record packaging, that it was no brainer we bring him back for this psychedelic mind-expanding record.

Please Note: This is a pre-order. All orders containing this record will not ship until late August 2017. Our friends at Gamer's Edition are proud to present a very special limited vinyl pressing of the soundtrack to ConcernedApe's hit indie farming game, STARDEW VALLEY.

Also composed by ConcernedApe, the music in the game ranges across the seasons, from rich lush melodies to beautiful glassy synth pieces. Mastered for vinyl with care at KMJ Studios, this two-disc edition includes music from each season in the game across each side. The high-quality gatefold jacket features all-new artwork by Kari Fry. This first pressing is on double tri-striped vinyl and is limited to 600 copies worldwide. A GHOST STORY is the new film from director David Lowery (PETE'S DRAGON) starring Casey Affleck (MANCHESTER BY THE SEA) and Rooney Mara (CAROL). In this singular exploration of legacy, love, loss, and the enormity of existence, the movie follows a recently deceased, white-sheeted ghost returning to his suburban home to try and reconnect with his bereft wife.

The score to A GHOST STORY was composed by Lowrey's frequent collaborator Daniel Hart (TUMBLEDOWN). In his most ambitious work yet, Hart has crafted a score that is both astral in sound and cosmic in scope, making the overwhelming fear of eternity feel a little more manageable. “I Get Overwhelmed”, a gorgeous track by Hart’s band Dark Rooms, is treated to a prolonged play in the film and is featured on this release. The compositions created for A GHOST STORY will haunt you long after the final credits have rolled. Incredible under the radar release from the mysterious Missionary Work recalling classic 1970's Italian synth-heavy prog experiments. Recalling the likes of Frizzi, Goblin and Fidenco. Full of storming synth hooks. One of the best records you haven't heard (yet) in 2017! Here with a special collaboration with Glasgow's infamous At War With False Noise, Giallo Disco and AWWFN are unbelievably proud to present, for the first time on vinyl ever, the elusive soundtrack to one of the most notorious, twisted and downright wrongest video nasties of all time: ISLAND OF DEATH by director Nico Mastorakis. These ultra rare recordings of one Manson-meets-The-Wicker-Man babylonian folk and a "let's cry a river" ballad were the perfect counterpoint for this sleaze masterwork regarding a sex and murder obsessed couple causing havoc on a Greek island. Do not sleep on this. You'd be a fool... in a lye pit. 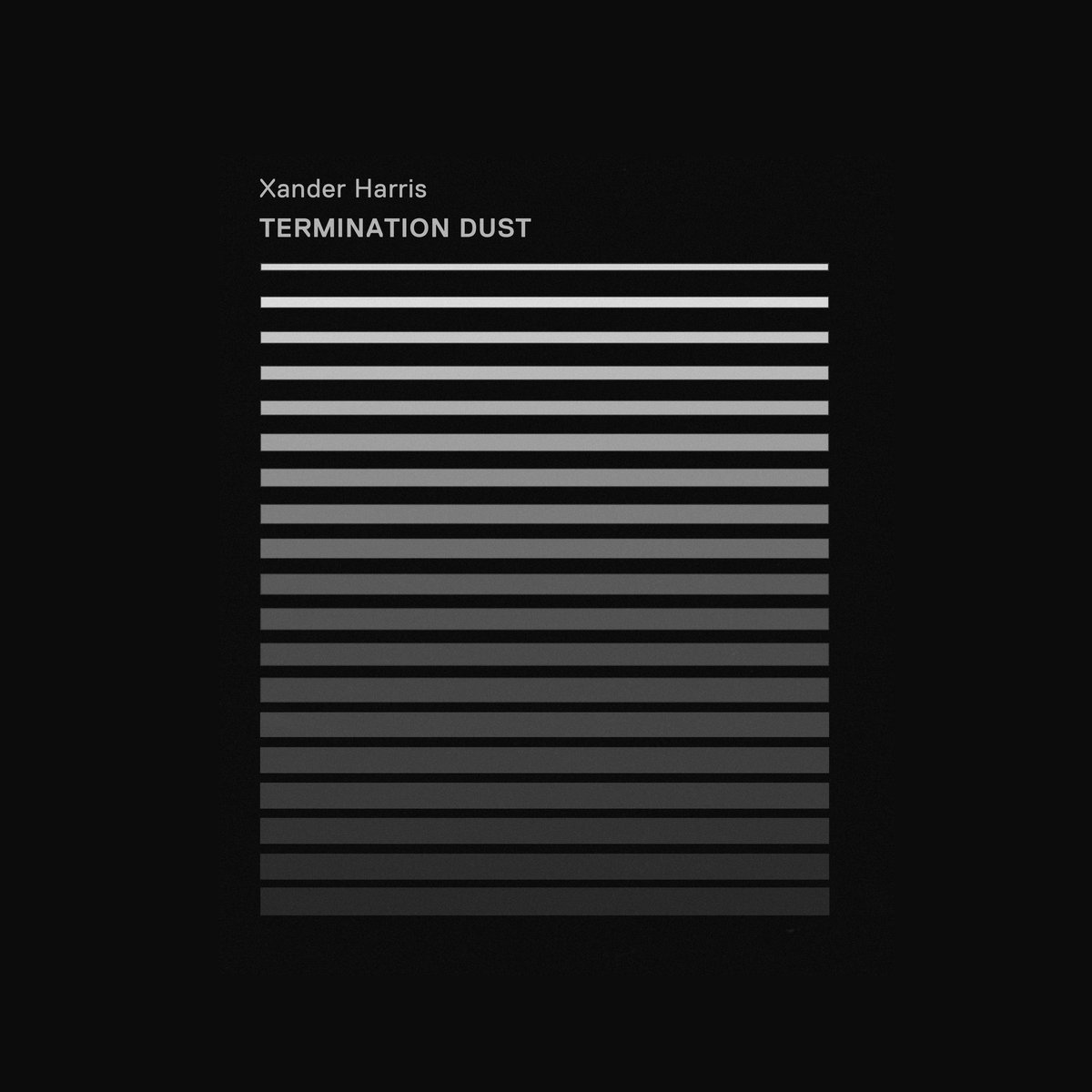 With Termination Dust, Xander Harris manages to capture the feeling of a deserted alpine landscape at that moment when there is longer any doubt that fall has gotten the best of the summer. When all the mountain summer tourists are gone and there is only you, your synthesizers and whatever substances you brought with you for miles and miles. Termination Dust sounds like the early works of The Orb, with more analog synths, less samplers, more Alaskan mountains and less Arizona deserts.